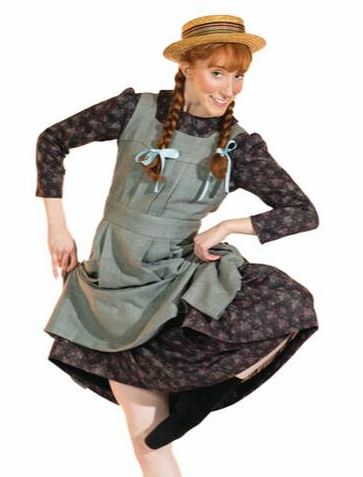 Anne of Green Gables – The Ballet™ is a playful, colourful and evocative production that will transport audiences to early 20th century Atlantic Canada. Based on the beloved Canadian novel by Lucy Maud Montgomery, Anne of Green Gables follows the adventures of Anne Shirley, an orphan girl sent to live on a farm in the fictional town of Avonlea, Prince Edward Island. It tells the story of the adventures of 11-year-old Anne, who is mistakenly sent to Matthew and Marilla Cuthbert, a middle-aged brother and sister who had intended to adopt a boy to help them on their farm. The novel recounts how Anne makes her way with the Cuthberts, in school, and within the town.

Anne is highly imaginative, eager to please and, at times, quite a dramatic individual. However, she is defensive about her appearance, despising her red hair and pale, thin frame. She is often quite talkative, especially when it comes to describing her fantasies and dreams. At first, stern and sharp Marilla says Anne must return to the orphanage, but after much observation and considering, along with Matthew’s strong liking to Anne, she decides to let her stay.

Canada’s Ballet Jorgen was created in 1987 when Bengt Jӧrgen, a classically trained ballet dancer, and his partner Susan Bodie, spirited with passion and desire decided to commit to their vision and form the company. Canada’s Ballet Jӧrgen, located in Toronto Ontario, aims to support the development and dissemination of Canadian choreography.  The founding Board of Directors was composed of dance luminaries William B. Harris, K. Corey Keeble and Karen Kain. Since its inception, CBJ has exclusively danced works created by the company itself.