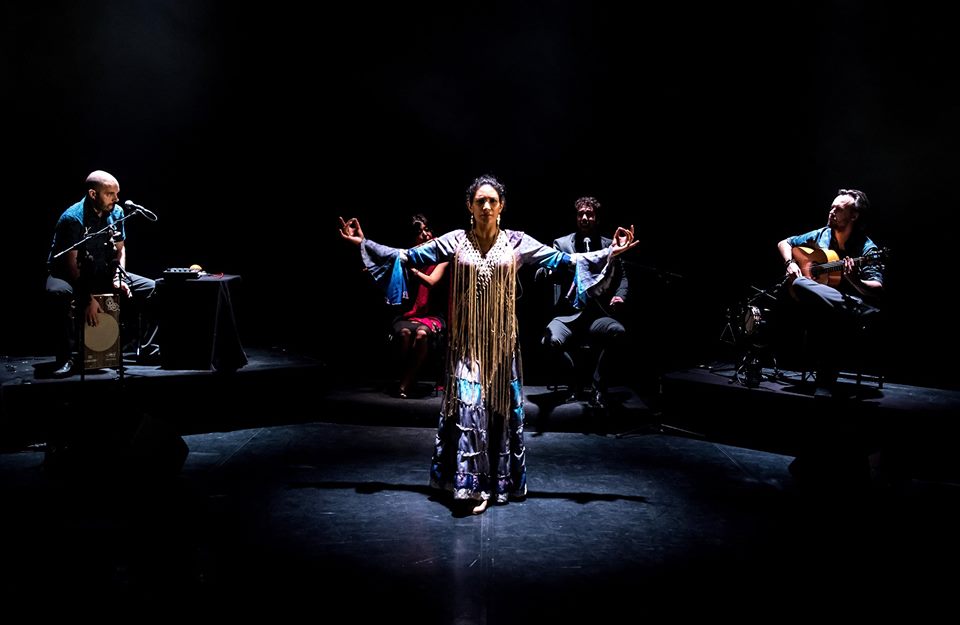 As a first generation Canadian, born to Malaysian parents of South Indian descent, Deborah “La Caramelita” has enchanted international audiences for over 10 years with her unique style of dance. Her new show “Nritya” tells Deborah’s story through dance, the story of an immigrant family and an artist connecting with an art form that seems totally foreign, but one that she is historically linked with.

Why Flamenco and Indian music? It is a popular theory that the Roma people, who have greatly contributed to the creation and culture of flamenco, came from Northern India to Andalucía many centuries ago. Through this show, Deborah performs an initiatory journey in search of her origins but also a reconstruction of bridges that had disappeared between flamenco and its Roma-Indian roots. For NRITYA, Alejandro Mendía, Guillermo Guillén, Alex Carrasco, Lara Wong and Deborah researched bridges between flamenco and certain Indian styles. They used existing parallels between these two cultures to tell the story of an immigrant family and an artist connected to a seemingly distant art form. The result isn’t an India-Flamenco fusion show but rather a personal story of dependence and independence, adversity and diversity and a unison of global values

One translation of “nritya” is “storytelling and emotions created by movement”. This word, “nritya”, resonates with the theme of this new production – telling Deborah’s story through dance.