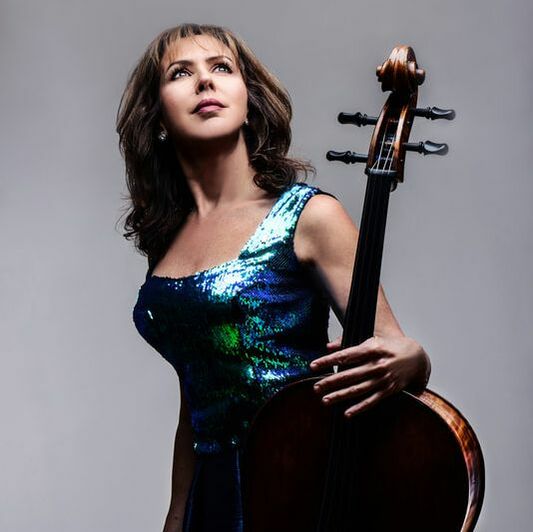 Ofra Harnoy has established herself as one of the great cellists on the world’s concert stage. She is one of Canada’s most celebrated personalities and is a Member of the Order of Canada. By joining the international artists roster of RCA Victor Red Seal, Ms. Harnoy became the first Canadian classical instrumental soloist since Glenn Gould to gain an exclusive worldwide contract with a major record label.

Ofra Harnoy was born in Israel and immigrated to Canada at age 6. She studied with William Pleeth, Vladimir Orloff, Mstislav Rostropovich and participated in master classes with Janos Starker, Pierre Fournier, and Jacqueline du Pré. She has given concerts on five continents and has played at the request of Prince Charles, President Bill Clinton, three Canadian Prime Ministers, and several times for the Imperial Japanese family.

Ms. Harnoy has won numerous music competitions and was the youngest first prize winner of the Concert Artists Guild Award which led to her Carnegie Hall debut.

Ofra Harnoy is a gifted interpreter who wins critical raves for her performances all over the world. She has toured extensively in Europe, the Far East, Australia, and the Americas, and has performed with many of the top orchestras and most noteworthy conductors of our time. Her recording catalog spans many musical styles and genres and she has won numerous awards and distinctions for her recordings, including 5 JUNO Awards (Canada), the Grand Prix du Disque, and Critics Choice Awards from a number of international magazines. Ofra Harnoy was once named by Maclean’s (Canada’s national weekly magazine) as one of the 12 Canadian’s in all fields who bring most credit to their country.