SONS OF THE PIONEERS @ the Venables Theatre 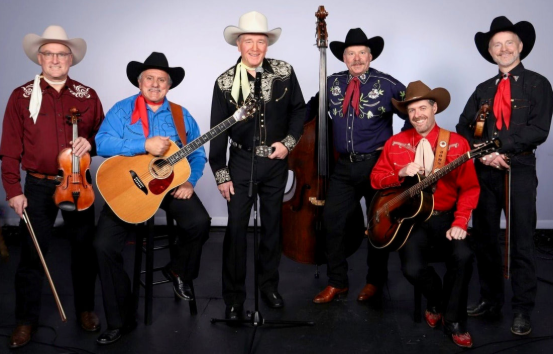 “No other group had as profound an effect on the history of Western music.” — Ranger Doug of Riders in the Sky

The Sons of the Pioneers are the gold standard for Western music, delivering thrilling harmonies, iconic yodeling, and poetic images of the West. Signature songs like “Cool Water,” “Tumbling Tumbleweeds,” and “Ghost Riders in the Sky,” forever rooted in Western lore, are stirring new audiences of all ages. Both “Tumbleweeds” and “Cool Water” have been inducted into the Grammy
Hall of Fame.

“We are honoured to return to British Columbia,” says Tommy Nallie (lead guitar and vocals), “Canadians really know and appreciate Western music, and that makes it really fun for us, too.”