Live at the Summit – Son of John @ Summit Centre 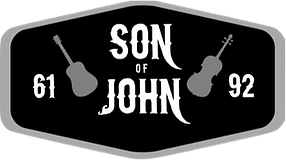 Son of John is a father and son country-roots music duo based out of Castlegar, British Columbia comprised of Javan Johnson and Johnny P. Johnson.  ​

Formed only in 2017 as a passion project, Son of John is gaining success in Western Canada’s music scene, having performed at iconic venues such as the Roxy Cabaret and the Railway Stage & Beer Cafe in Vancouver, the Ironwood Stage & Grill in Calgary, the Charles Bailey Theatre in Trail, the Dream Cafe in Penticton, and the Bailey Theatre in Camrose. They’ve toured BC and AB performing for arts councils at soft-seat venues and concert halls from Osoyoos to Forestburg. They’ve entertained in restaurants & bars from Langley to Medicine Hat and were part of the lineup at some BC Interior music festivals like Whatshan Jam and Desert Daze. In Longview, AB, home of Ian Tyson and the heart of cowboy country, they kept the dance floor buzzing at the Twin Cities Hotel all night long with their original music.