Howling Moon Craft Cider is excited to be a part of bringing back the ways of old, and turning them into the something new.  Inspired by the steampunk approach of marrying art and science, Kate and Nik use traditional artisan cidermaking techniques and heirloom variety apples along side modern technology. Our orchard-based rebellion is focused on reviving the cider industry, and inevitably, creating a revolution of free-thinking cider drinkers!

Howling Moon Craft Cider started many moons ago, with cidermakers Kate and Nik sourcing apples from their neighbours. To craft their ideal cider, however, they needed bountiful baskets of specialty cider apples. They dreamed of caring for their own orchard and making craft cider in a new style, inspired by the Victorian ways of old.

In 2014, Kate and Nik purchased an overgrown farm, with grape vines scattered through Christmas trees. A whole lot of sweat and tears later, they had pulled out the vines, planted bushels of heritage apple trees, and invested their love into Howling Moon’s very own cider apple orchard.

Today Howling Moon Craft Cider is more than a business – it is a orchardist family backed by a supportive community of farmers, collaborating to produce beautiful local beverages. Fruit from neighbouring farmers, honey from local apiaries, and of course Kate and Nik’s own heritage apples and botanicals are fermented together to make revolutionary quality cider.

Cider was at its peak just over a 100 years ago, during the Victorian era and the Industrial Revolution.  During this time, innovation and craftsmanship were at their height, bringing farming and technology to a high point in our evolving history.  But with the industrialization of grain farming and the onslaught of Prohibition, cidermaking became a lost art. The Victorian heirloom vintage cider apples became all but extinct.  Until now…

We produce a variety of ciders with a range of sweetness using many different techniques, yeast strains, heritage apple varietals and other fruits and botanicals that we grow ourselves, or source from other local farms.

Come meet the makers, and visit Howling Moon Craft Cider in Oliver, BC. 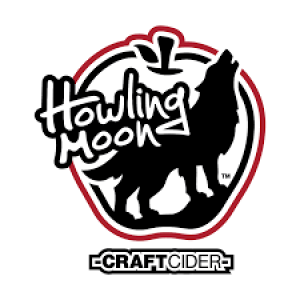 Wine tasting experience of 5 pre-selected wines with one of our informed and pleasant tasting room associates. Enjoy views of...

Private vineyard and winery tour plus a guided tasting of 6 Moon Curser wines with our Winemaker Christian Scagnetti. The...

Two 2021 SeaDoo GTX personal watercraft for an hour from Wakepilot, available at both Walnut Beach or Spirit Ridge Beachfront....