A winery with a passion for offering a taste of unique and rarely grown grapes in the Okanagan. The intention is that the wines of Pipe Dreams offer an authentic expression of the land, while inspiring people to challenge themselves to achieve beyond their wildest imagination.

Different from the rest: wines made from grapes that are the best for this site and largely unexplored in BC.

It’s a truism that dreams work when you do. This is deeply illustrated by the Khangura Family, owners of Pipe’ Dreams ®, one of Oliver’s newer wineries who formed a lifelong dream to run a winery.

John Ness, the original founder and proprietor of Pipe’ Dreams Estate Winery had a dream or two. John grew up in Vancouver and Alberta, and lived in Edmonton, Airdrie, Cochrane and Calgary, although he never sat still for very long. From a young age, John spent part of his family summer vacations in Oliver and Penticton, exploring the natural beauty of the Okanagan Valley. Later in life, John began taking motorcycle tours through the valley in the summers, and skiing in the winters, with the vision that one day he would make his home there.

His work as a surveyor for potential pipeline routes in the wilds of Alberta and BC meant that he was constantly on the move, rarely at home, and working more than 300 days a year with little or no time off. Many weeks on the road alone, however, gave him space to dream, and in many ways, it was the constant thread of ideas that kept his plans moving forward. He wanted to get off the road, put down roots, find a space to call his own, and get back to the land.

The dictionary definition of a Pipe Dream is a “hope, wish, or dream that is impossible to achieve or not practical”. It can also be an “illusory or fantastic plan, hope, or story”, suggesting that his plan for starting a new life and business in the Okanagan was a dream too inaccessible to become a reality.

John moved to Oliver in 2009 and purchased a small acreage in 2011 with the intention of growing grapes. After studying the soil, he found that his land was best suited to interesting varietals – Kerner, Zweigelt, Gamay and Grüner Veltliner among them, which he planted with enthusiasm. John soon realized that the way to truly accomplish his goals was to open his own winery, and thus his pipe dream became a reality.

Pipe Dreams represents the fulfillment of chances taken, working against the grain to achieve the impossible.

Wines are available online, and onsite in the wine shop.

Groups of 5 or more require a reservation. To book a group visit please give us a call at 250-485-4192. If you are calling outside office hours please leave a message on the wine shop voicemail and we will get back to you as soon as possible. 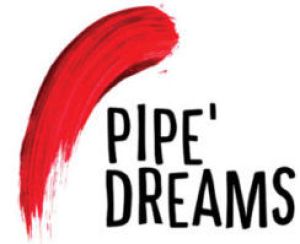 Reach New Peaks at Spirit Ridge and Hyatt Hotels Save even more on accommodations with  Members Rates when you book...

Ski Baldy and Stay at the Richter Pass Beach Resort this winter! Stay one night and receive 2 adult lift...

Attention all golf & wine lovers, couples, families and friend groups: Book to stay in one of our 2 bedroom...